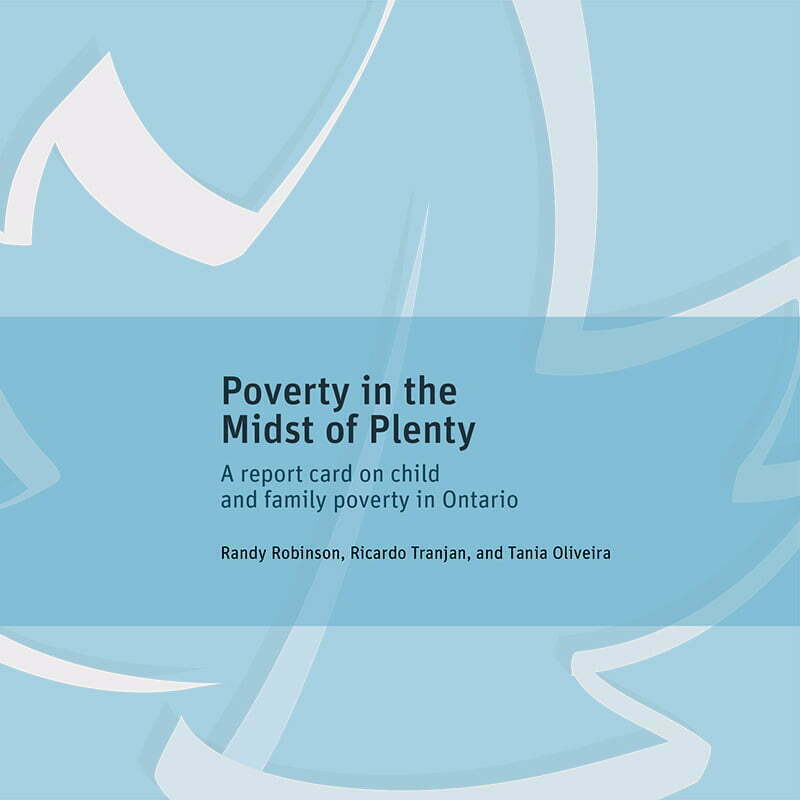 Ontario Campaign 2000 released the 2021 Report on Child and Family Poverty in Ontario Poverty in the Midst of Plenty. The report was produced in cooperation with Campaign 2000, a national coalition of 120 organizations devoted to ending child and family poverty, and it calls on governments to treat poverty reduction as an urgent priority.

While Ontario is a wealthy province in a wealthy country, the child poverty remains a pressing social concern in every community. The report shows that in 2019, the most recent year for which data are available, one in six children across the province lived with the day-to-day reality of never having enough. Half a million children still lived in poverty in 2019 despite recent progress which brought the child poverty rate from 23.4% in 2013 to 17.6% in 2019.